It seemed to be a PDC darts event like any other, but for one individual it could be the making of him. Last weekend, Mulheim in Germany, hosted the European Darts Trophy, and just five days before his 24th birthday, it’s a weekend Michael Smith will look back on with some fondness in the future.

Bully Boy, as he is nicknamed, has long been touted as a future World Champion, such is his has prodigious ability. The fact he won this tournament is not surprising in itself – all darts fans know how good he is – it was the level of maturity shown by him at crucial times in the tournament that were significant, that at some points in his career have been lacking.

Want to see all of the results from Mulheim? Have a read here.

Day One of the tournament saw a return for an old favourite – Mark Dudbridge, the former World Championship and World

Matchplay finalist. Mark, who has battled back from elbow operations and years in the wilderness, was the opening act in Mulheim. Despite being 5-1 ahead, “Flash” conspired to lose 6-5 to Darren Johnson. It is tough to qualify for these events and that alone shows Dudbridge still has it in his locker to produce. I still think he’s capable of a good run in a major tournament.

We also saw Max Hopp beat Raymond van Barneveld 6-4 in front of a partisan German crowd. Hopp was outstanding, roared on by the locals, he took out two 161 checkouts in the match, one of which when Barney was sitting on 60 to break at 3 legs apiece.

It leaves Barney’s ambitions of qualifying for the World Grand Prix up in the air. He is still 16th in the Order of Merit but needs a run in Innsbruck this weekend to secure his place, with Vincent van der Voort and Justin Pipe right behind him in the money list. If he doesn’t have a good run in Innsbruck, he may have to have a good run in the remaining floor events in Barnsley and Dublin. Watch this space.

Day Two saw the seeds enter the tournament. It also saw Max Hopp beaten 6-0 by Kim Huybrechts – perhaps a bridge too far for the young German star. Huybrechts was ruthless and sensational, if he keeps that level up for the rest of the year he could see a lot of success.

Another youth that excelled was Rowby-John Rodriguez, who soundly beat Simon Whitlock 6-1. For a 21 year old, Rowby-John is a very mature darts player, not frightened of anyone, and is a danger when confident. Worrying times for Whitlock and his supporters, he needs to have a good end to the year or he risks slipping out of the top ten in the Order of Merit.

The final day was full of surprises. Michael van Gerwen, who despite being tournament favourite each time, did not manage to win a single title in Australia and New Zealand at the World Series of Darts, arrived in Mulheim with something to prove.

He sauntered through to the final, dropping only 3 legs en-route, which included a 6-0 whitewash of Dave Chisnall. MVG seems to have the Indian sign over Chizzy at the moment, having beaten him in 11 of the last 12 meetings. Early in the game Chizzy earlywas not at the races, with too many darts missing big numbers.

van Gerwen then took care of Peter Wright 6-2 in the semi-final, and with such impressive performances he was heavy favourite to add to his large collection of European tournaments this year.

Smiths’s route to the final would have tripped him up in the past. He despatched Kevin Painter 6-4 in his first match. Painter is definitely getting back to a good level again, and is an experienced campaigner.Smith was never in trouble against Mervyn King, and played exceptionally well to win 6-2.

It was the game against Ian White that would have given Smith fans reason to believe he had a chance against a rampant MVG in the final. White has been outstanding this year, the only man to give van Gerwen a scare in the World Matchplay and he is Mr Consistency on the tour. I’ve no doubt White’s time will come, perhaps in one of the many upcoming majors. Smith won 6-3, a game he may not have had the maturity to win as short as six months ago.

In the final, it was fairly obvious that Smith needed a good start to win. He took out ton plus finishes in three of the first four legs, including a 109 (single 19, bull, double top combination) to amaze the German crowd. He seemed totally unfazed at facing MVG. Indeed, it was van Gerwen who was playing catch up to Smith.

Smith was in imperious form and just too strong for van Gerwen to handle, taking the win 6-2.

Into the Top Eight

Smith reminds me of van Gerwen before his breakthrough. If he can keep his head down and continue improving, he could be a mainstay of Top 5 for years to come. He’ll need to maintain form like he showed in Muilheim to be recognised as a force by the top players. I’m convinced he will be a serious player in the World Championships, and as he moved into the top eight in the Order of Merit, can Barry Hearn ignore Bully Boy when it comes to the 2016 Premier League? 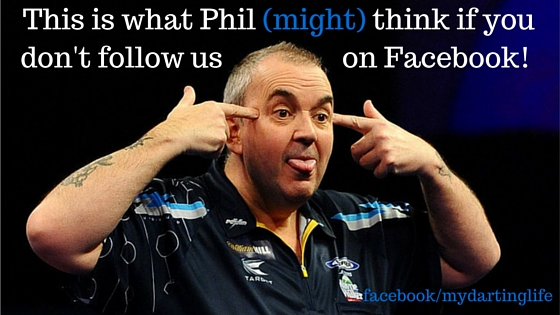